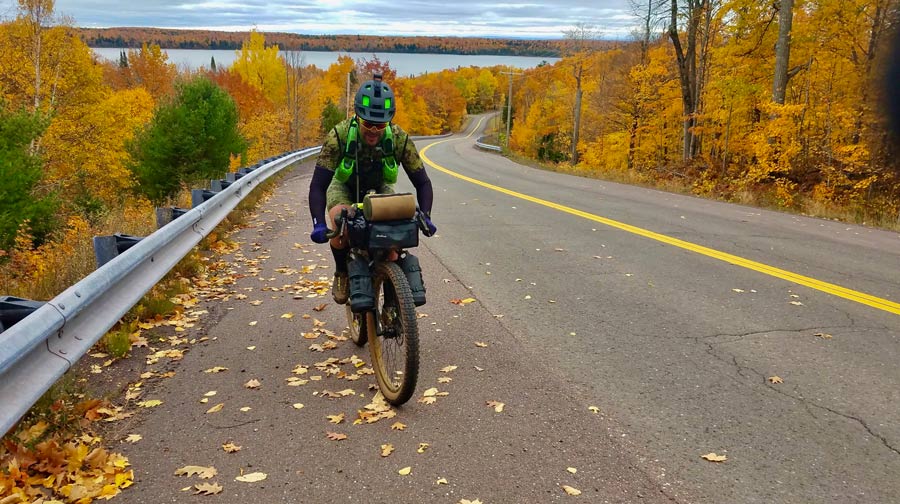 Every time you gain something you lose something.

At the age of seventeen I moved out of my parents house. I was a high school senior. It wasn’t a popular decision. Like a typical teenager I blamed them, but in retrospect the fault belonged squarely on my shoulders. They were doing the best they could. I was a free spirit. I gained my freedom and our connection lost something that to this day never came back. Every time you gain something you lose something.

My relationship with school could be best described as contentious. Can we actually do something already? I felt like we wasted a lot of time talking. I’m not a book learner. I need to do it. I need to subject myself to the process. Fail. Learn. Overcome. Experience has always been my favorite teacher.

Skipped college and went straight to work. Needed the cash. Quickly worked through the ranks of a large home improvement retailer. Got to an interesting a point: Take a promotion and move to Chicago or…. ? Didn’t have an answer for the or part but I remember thinking “Is this all life has for me?”. It felt like a fork in the road: Go left and probably get locked into a career path as a career retail manager. Go right and… well who the fuck knows. I went right. Gained back the freedom of new adventures and experiences, lost a pretty damn good income for a 21 year-old. Every time you gain something you lose something.

Made the move from mid-level retail management to the bottom of the barrel – a part-time delivery driver. Low man on the totem poll. My boss = my dad. He’s not the kinda dad who’s gonna let his kid skate, especially after the shit I put him and mom through. If there was a shit job to be had – my name was on it. Of course the guys knew I was the bosses kid so every day felt like the Hunger Games. They wanted me to fail. Fucking bosses kid. On a positive note the experience really helped me learn how to disassociate from the common human need for acceptance from others as a way to increase my perceived value as an individual. The guys sure as the fuck weren’t going to give it, nor was my dad. Every inch was going to be earned. I had to learn to draw strength and conviction from within.

Spent four-years in that gig. Worked up to full-time. Earned respect by doing the job well – better than most truthfully. Took a promotion and moved downstate as a supervisor. Drivers were attempting to unionize and the company wanted new leadership. Try being the driver who turns into management in that environment. You wanna talk about doing hard things? Now I’m part of fucking management. I was not going to win any popularity contests – ever. I wasn’t afraid to stand up for what I believed in – and I believed unionizing would do more harm than good. I also felt I could help make things better. After a year down there things did improve – but I wasn’t particularly happy. I asked myself “Is this all life has for me?”. Again it felt like a fork in the road. Stay left and fall into a career path. Go right and… well who the fuck knows. So I left.

Dabbled for a stint as a restaurant manager. Can tell you with great certainty I did not like it. Too much time inside. Too much sitting around. Too much drama. For god sakes – restaurants and drama. They go together like cookies and milk. Bye-bye. Onto driving a fuel transport. If I recall this was around 2000. Actually, I know for certain it was because I was hired just before Y2K – back when everyone thought modern society was going to come crashing down. It’s sorta interesting traveling back in an attempt to retrace my footsteps and figure out how I got where I am today. I had forgotten about this until now – the interview process and subsequent training for a “fuel truck driver”. The interview process: Met the owner of the company. Answered a bunch of boring scripted questions. Then he said: Try to sell me something. Didn’t see that coming. So I played along – and ironically made up a story and tried to sell him a bike. Was it a sign up things to someday come? Doubtful but it’s a great story. So I got hired. Here’s the training: Walk into dispatch. Dispatcher looks and throws a set of keys at ya. Truck is out back. Go drive it around and get comfortable. Your first run is tonight. I go jump in the truck – fucking shifter has a splitter. I’ve never driven something with a splitter. Did I mention it’s December too? Fucking snowing. What’s the worst that can happen? Jump in a truck with 7,200 gallons of diesel fuel, in a truck you don’t know how to drive, in a snowstorm, for the next twelve-hours. Poor life choices, man.

To be continued… I’m going to leave this page as a work in progress. I’ll be back soon to add more.

2 thoughts on “About Me”